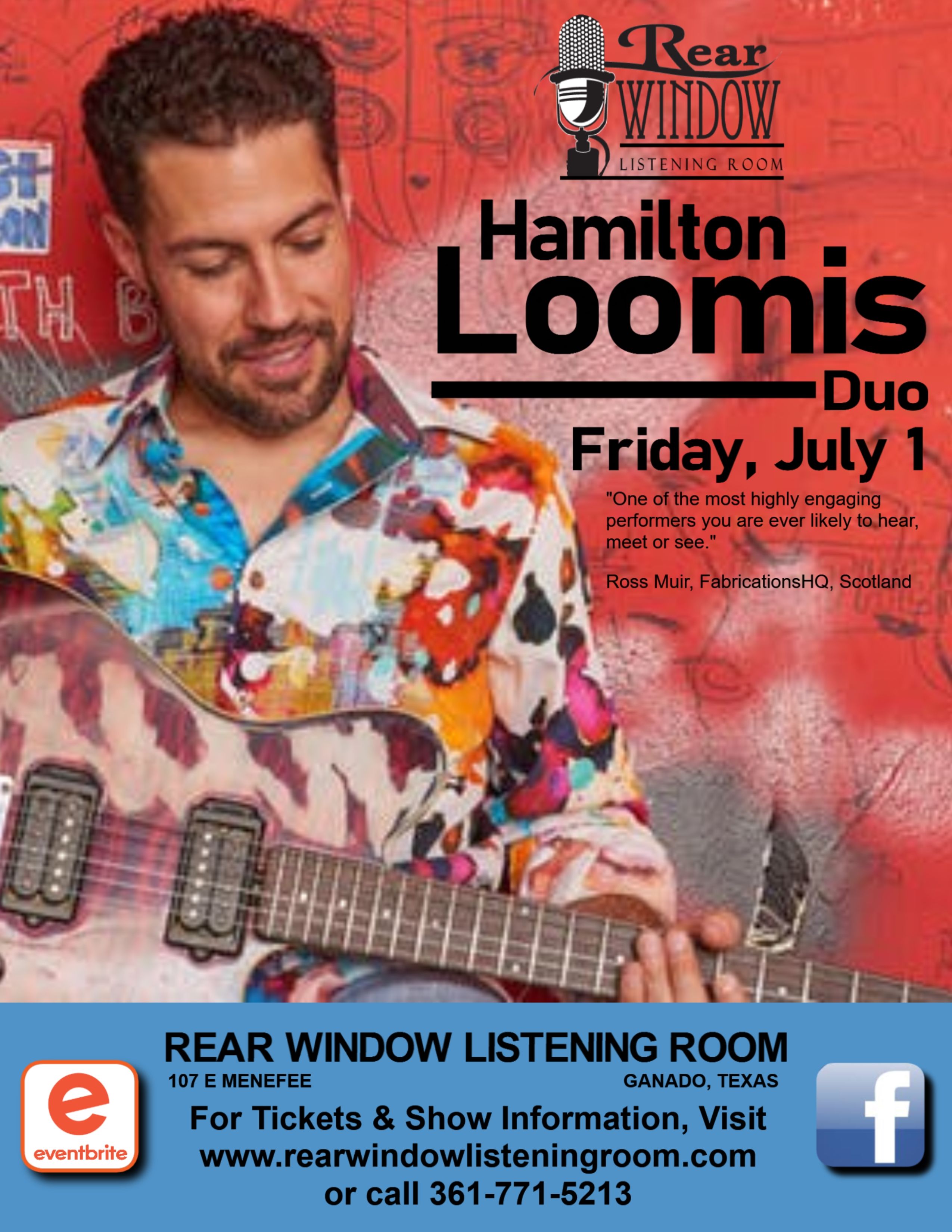 UPCOMING SCHEDULE AT A GLANCE... 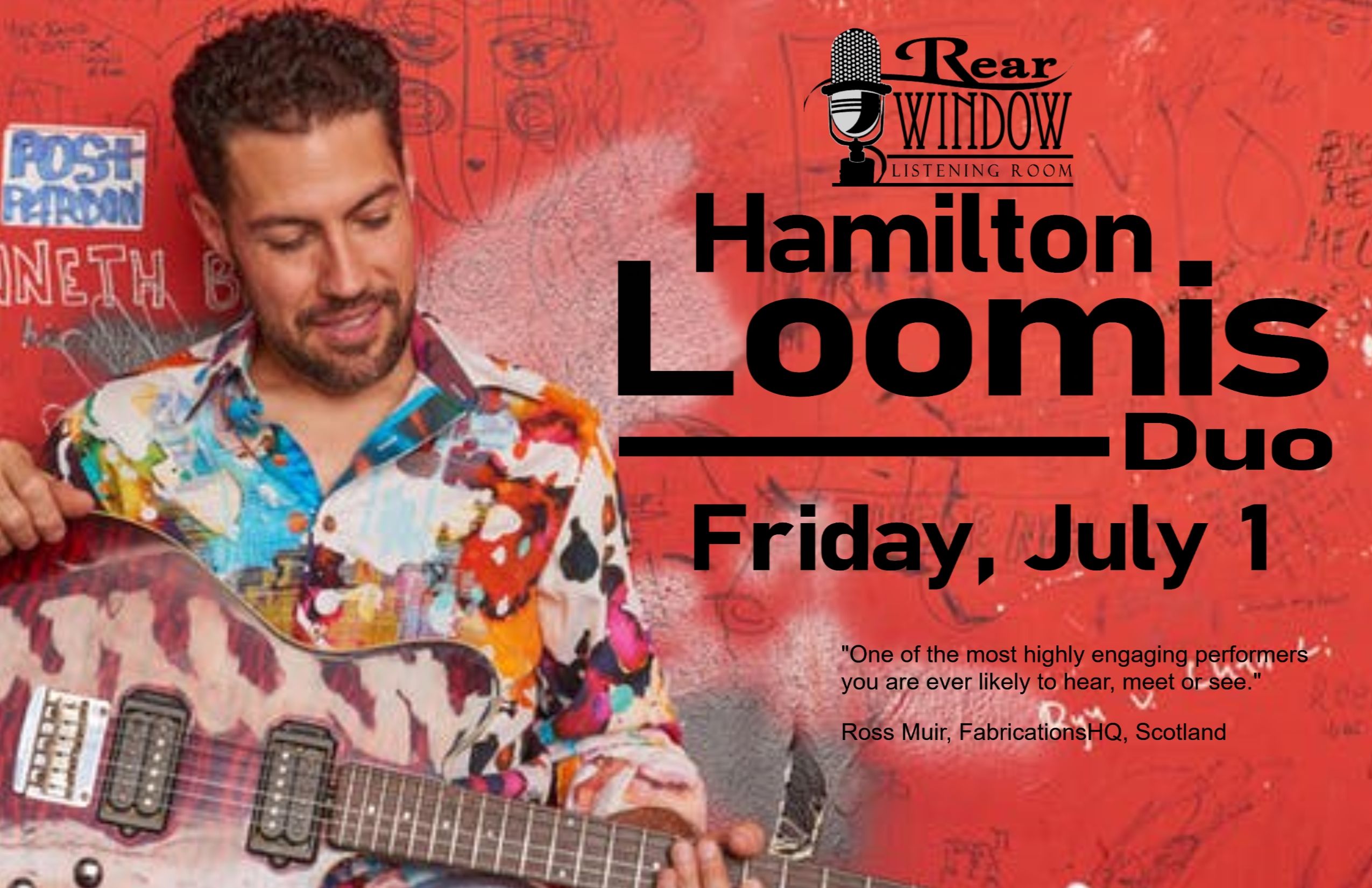 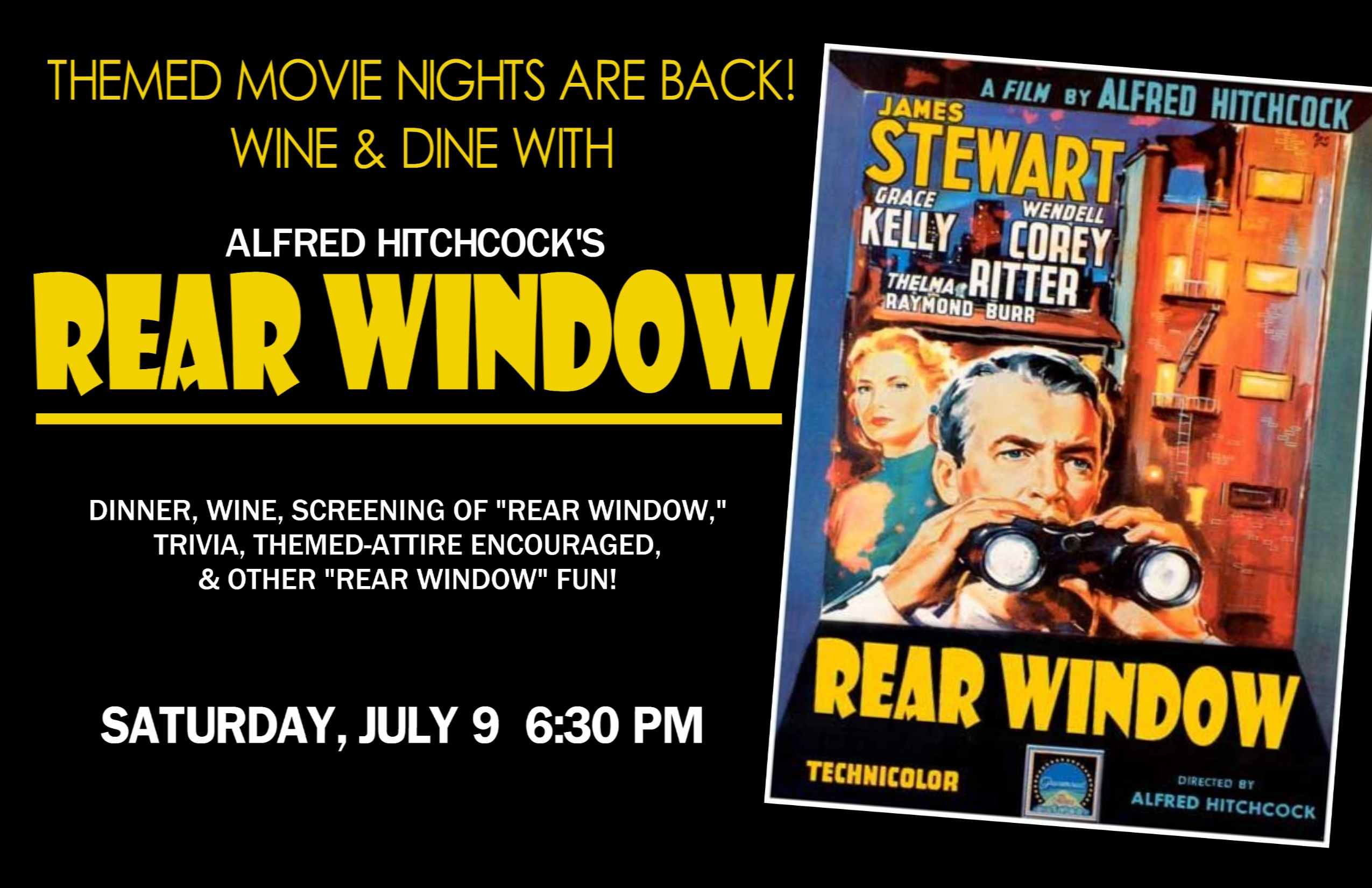 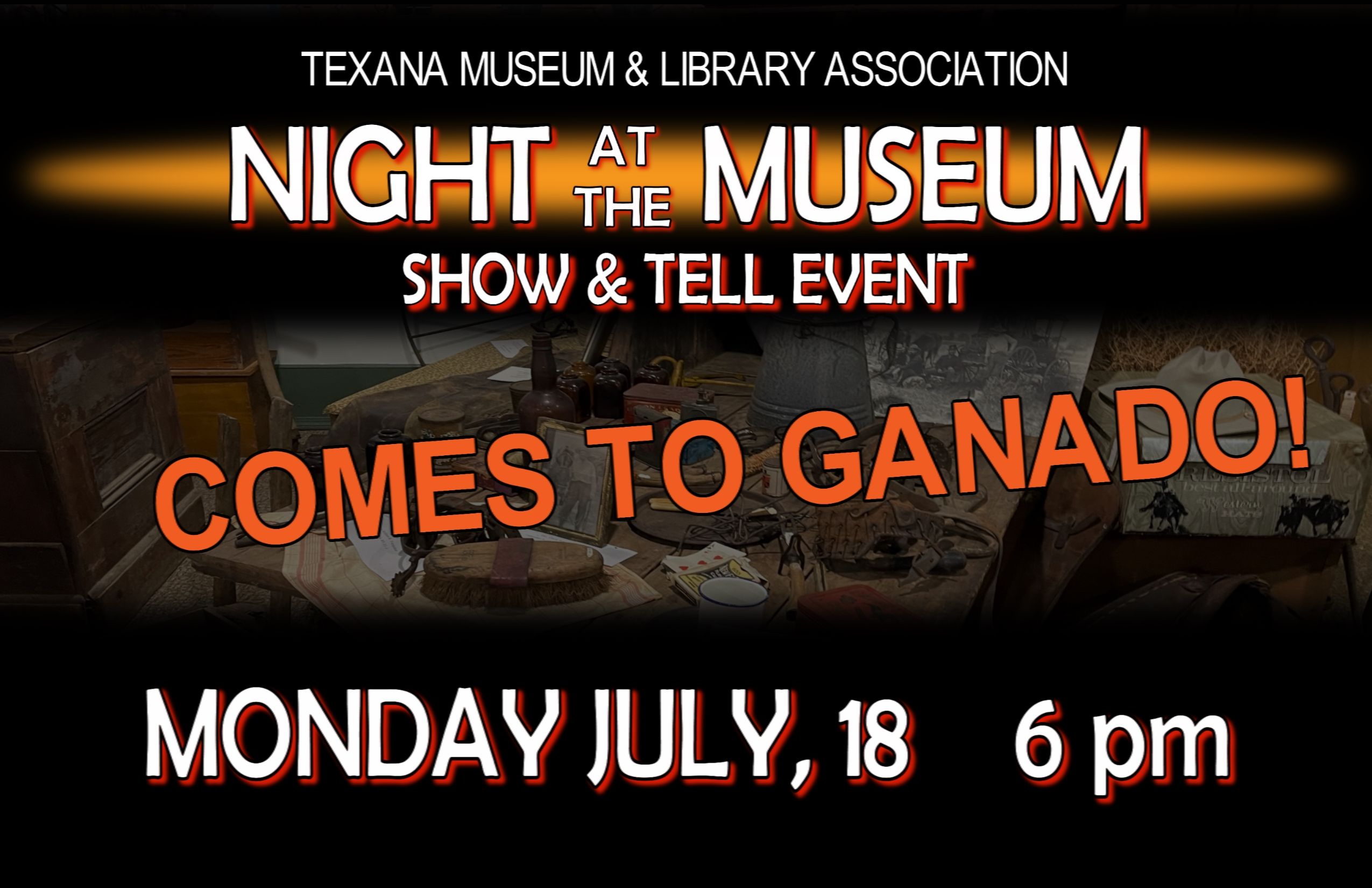 FREE EVENT OPEN TO THE PUBLIC! FOR MORE INFORMATION, CLICK ON "EVENTS" 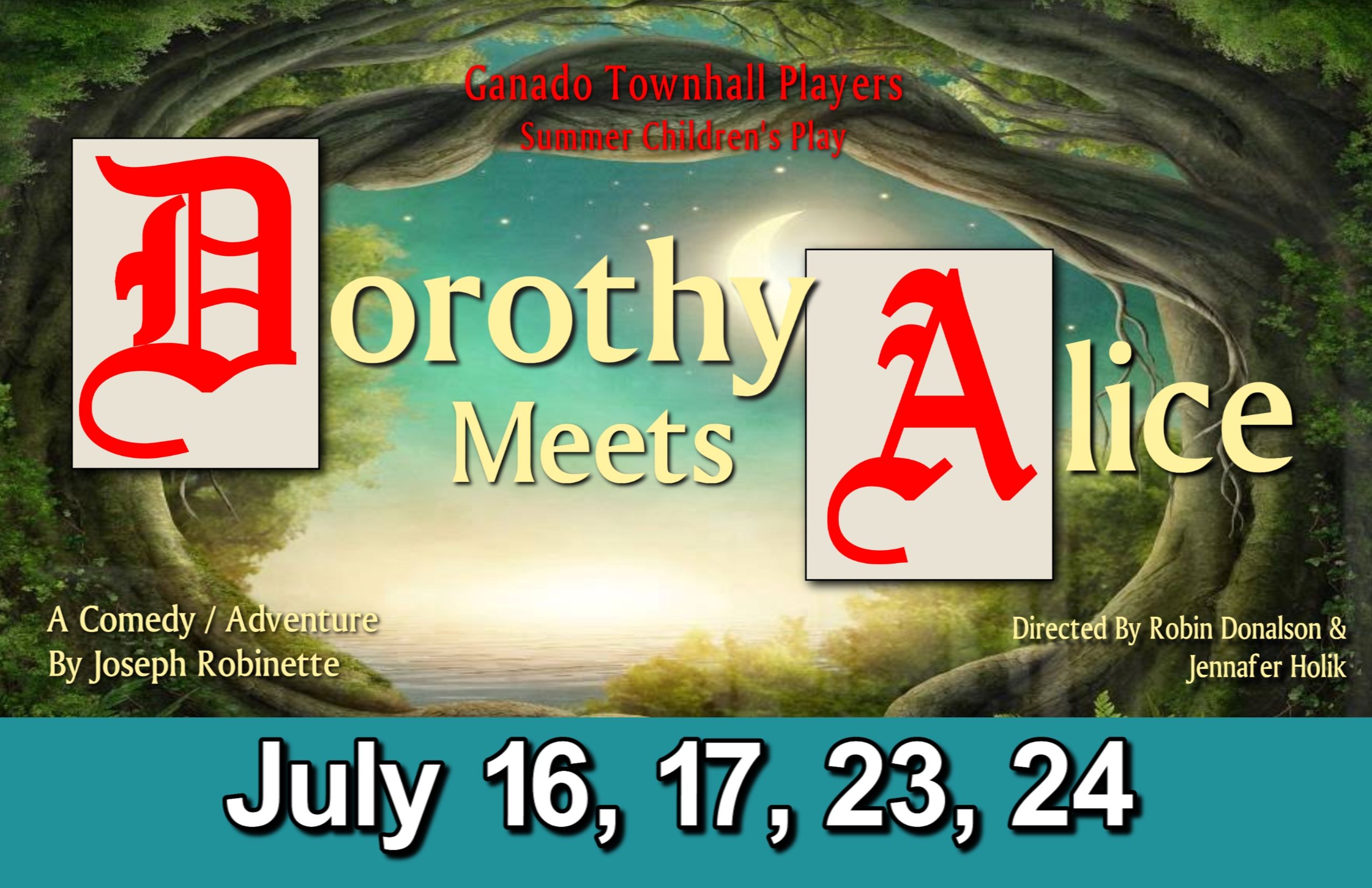 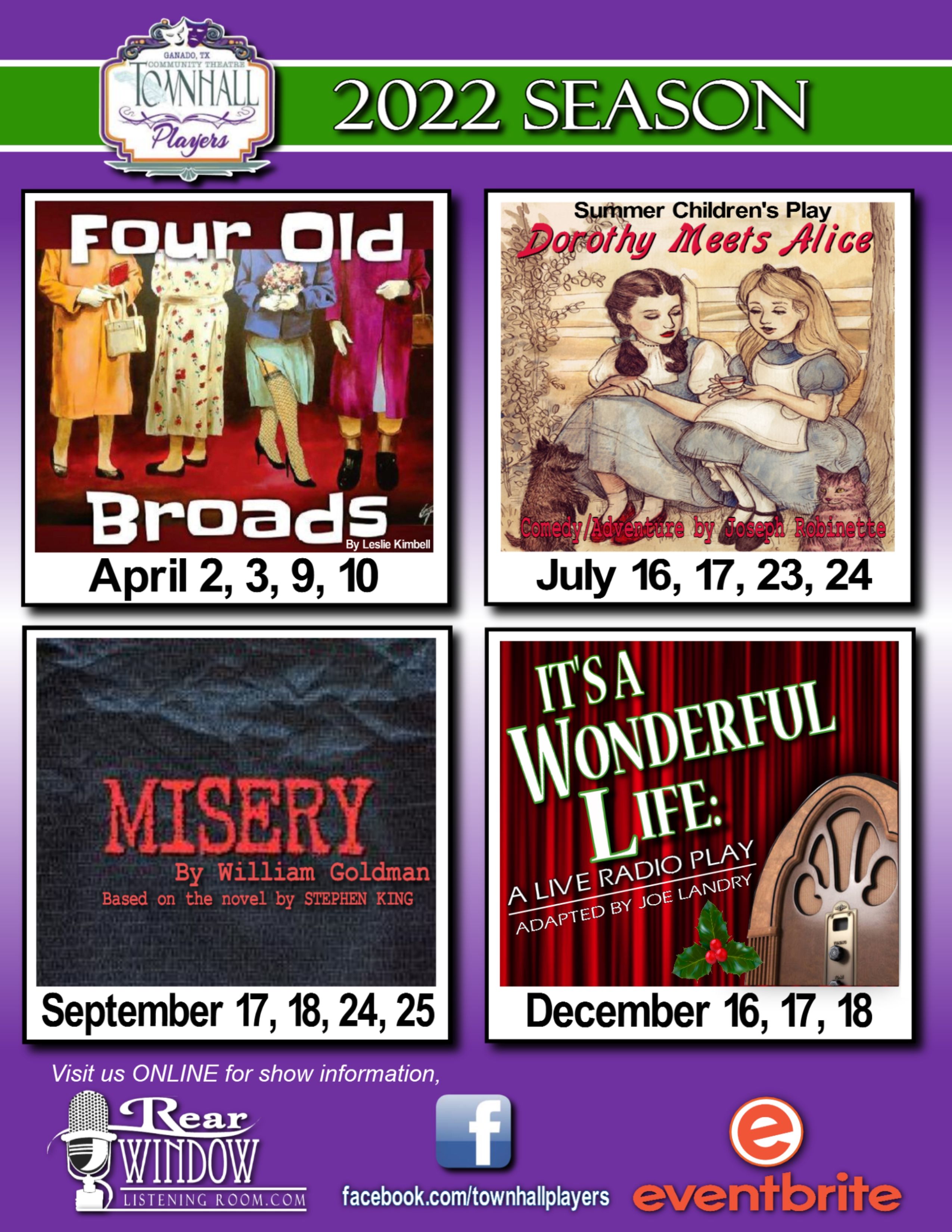 Ganado Townhall Players completed their fourth and final production of 2021 with A Christmas Carol Live Radio Play. With the holidays being a busy time, THP hopes to do a non-memorized, dramatic "radio studio recording session" play of classic Christmas stories each year. These productions feature live sound effects along with recorded background music and sound effects, to add to the realism of the story. The play also featured vintage commercials for local businesses that chose to purchase "commercial spots."

The play was very well-received by all who saw the performances. This play also marked another "first" for THP, as they were invited to perform at the Leo J. Welder Center for the Performing Arts in Victoria. It was an honor for the group to be invited, and a wonderful experience for the cast and crew to "move" the entire set, props, and costumes to set up in a different location.

The 2022 season has the community theatre troupe slated to perform "It's a Wonderful Life" for the Christmas production.

"Sold Out" was the phrase to describe Townhall Players' two-weekend run of Clue! Theater patrons were treated to four incredible shows on September 18, 19, 25, and 26. The group even opened up the final dress rehearsal to the public for anyone not holding a ticket to the final two shows, but who still wanted a chance to see the play. Audiences were treated to a hilarious show of "who did it, where, and with what?"  From the crazy fast-paced plot, the elaborate set that included all of the familiar "Clue" rooms as well as secret passages, to the "room" themed tables for the audience, Clue provided Townhall Players with a "production to remember" for all who got to experience it. 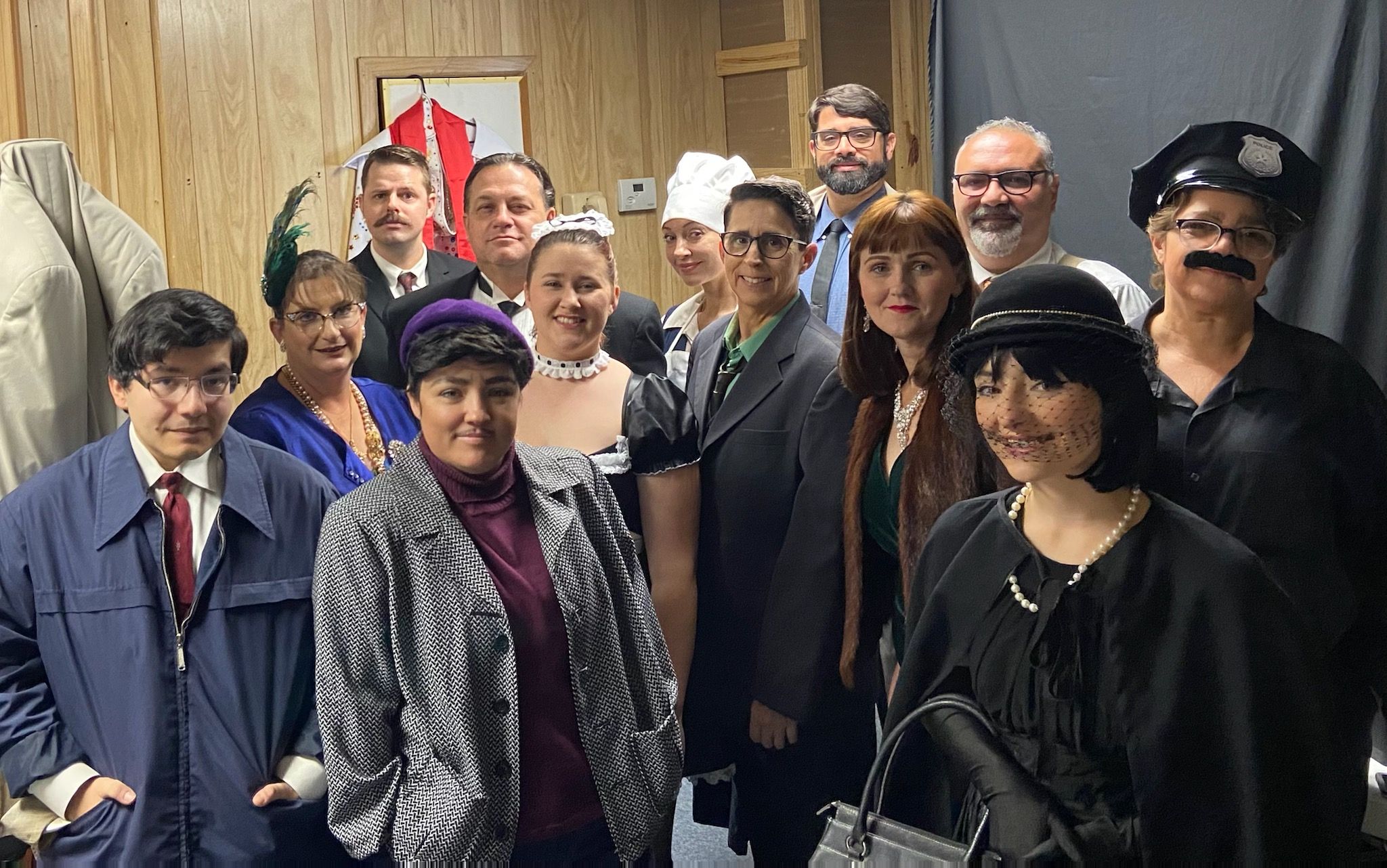 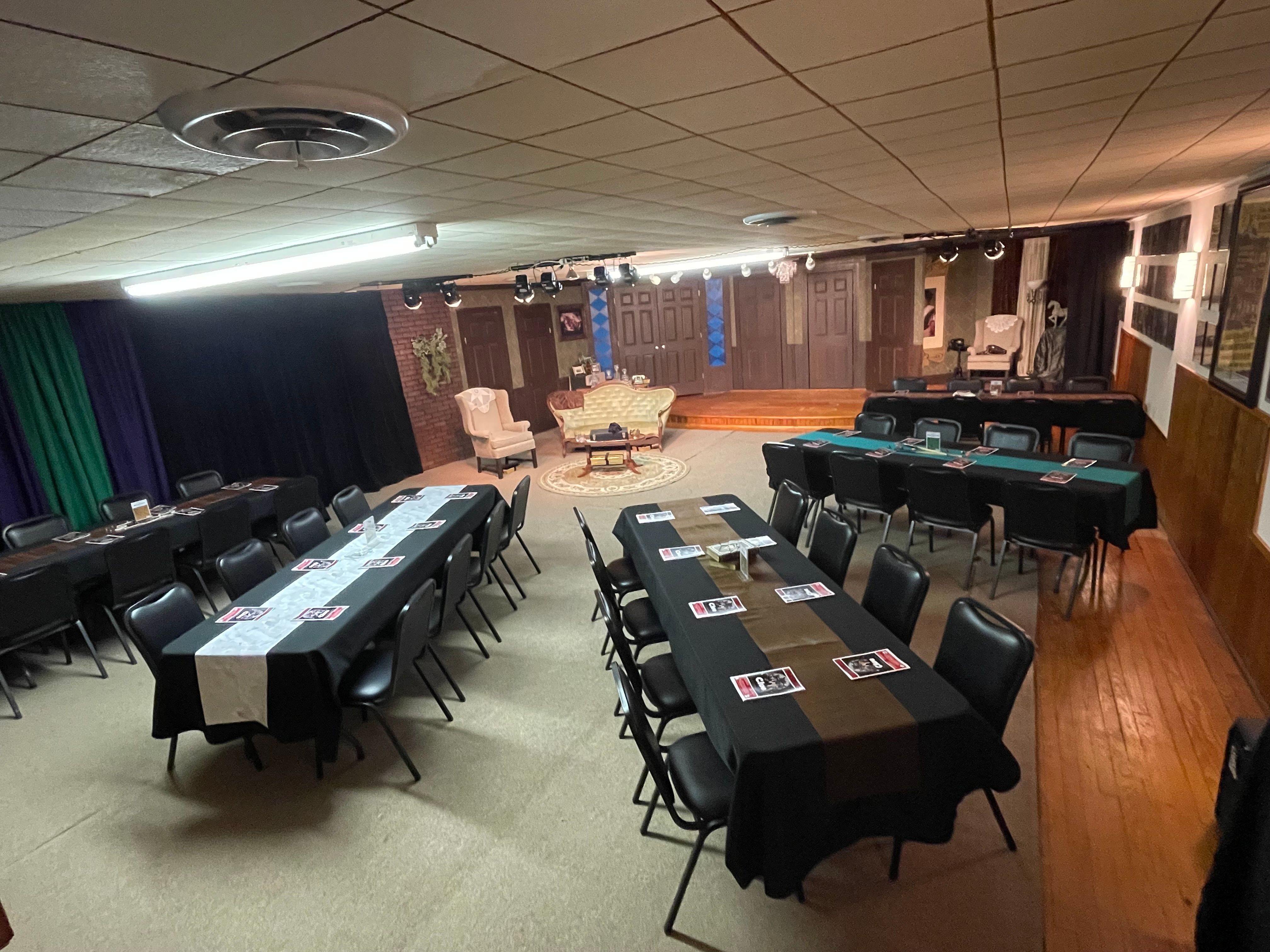 The Rear Window Listening Room set up for "Clue"

The cast and crew of Ganado Townhall Players' first children's production learned the true meaning of "the show must go on" during their weekend run of Tim Kelly's "Monster Soup." With a makeup artist out for two shows, and one of the characters having to miss a show, both with family emergencies, last-minute arrangements were made and the show was went off without a hitch. We are so proud of the kids and the incredible job they did. 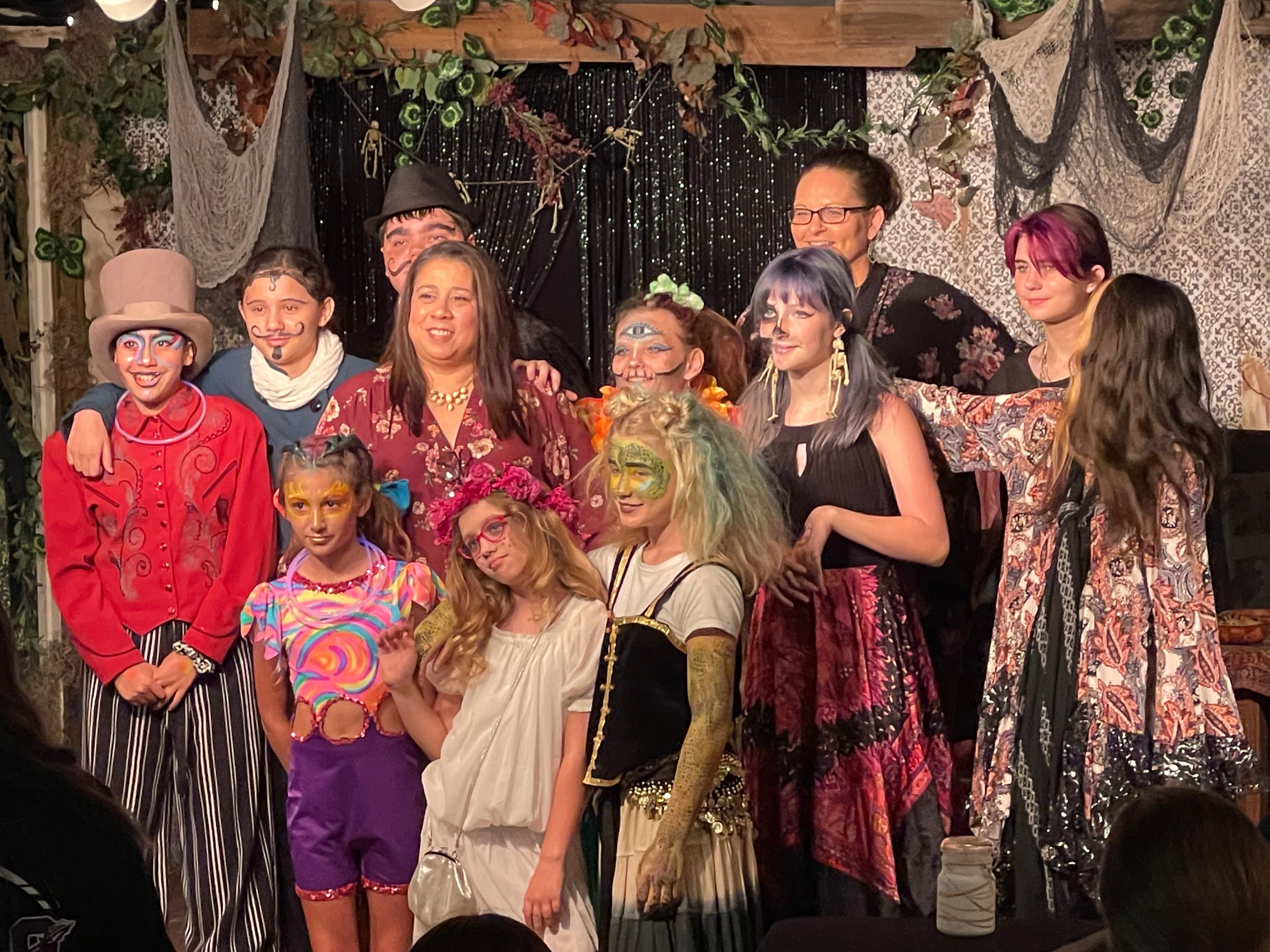 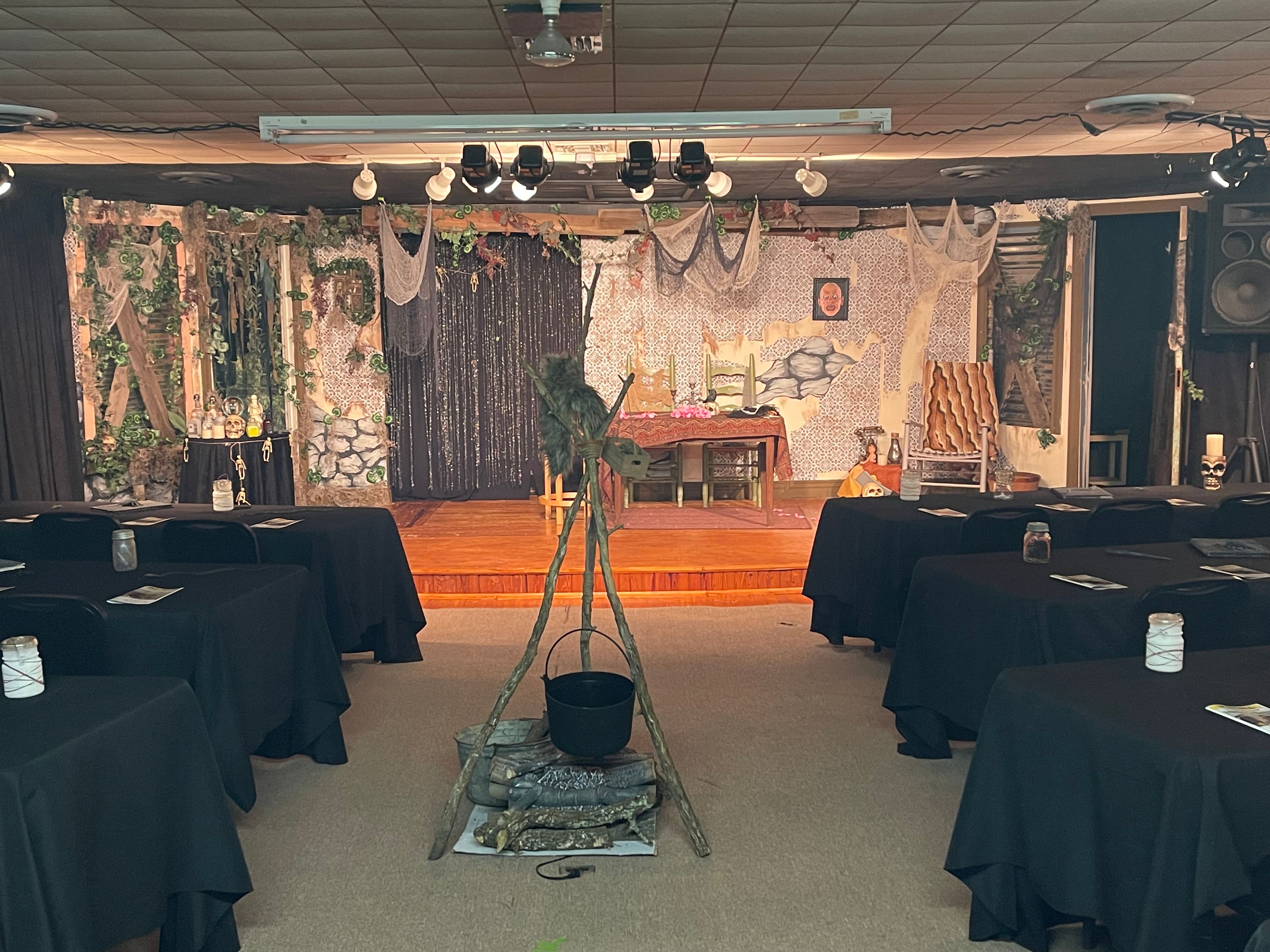 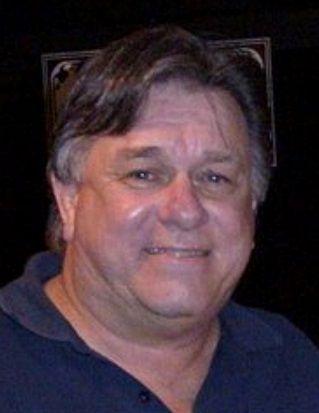